You are here: Home / Projects / Governance of the Commons

South Africa agrarian sector is affected by a context of far-reaching and fundamental change, related to the country’s land and agrarian transformations, in a context of overall deregulation of its economy. Moreover, the country is characterised by the lack of publicly available precise data and analyses and the weak involvement by stakeholders in decision-making regarding land and agrarian transformation. On top of that, the increased interconnectivity of the land and agrarian questions in South Africa, Africa and the world, leads to the necessity of apprehending them within today’s global context of agrarian, environmental, and food security questions. These observations call for the establishment and development of a well-coordinated information, data, analysis and evidence-based decision-making support entity, grouping the major academic and analytical players on one hand, and a broader stakeholder panel on the other hand, aiming at producing and making available data, information and analyses, and supporting evidence-based and inclusive decision-making processes with regards land and land-based activities in South Africa.

The SA Observatory’s goal is to promote evidence-based and inclusive decision-making over land resources in South Africa and beyond by generating, analysing and making available land-based information and by widening participation to all stakeholders.

Partners: University of Pretoria – Post-Graduate School of Agriculture and Rural Development, Department of Agricultural Economics; GovInn; in collaboration with the International Land Coalition; in the broader framework of the Land Matrix.

Changes to the global agro-food-energy system (e.g. changing consumption patterns in the North, Europe’s Climate and biofuel policies, etc.) over the past few years have led to a renewed interest in agriculture and a rush to acquire land. The impact of this rush is not always evident as its assessments focus on the short-term and generally remain at a case study level, without considering the broader agrarian and socio-economic transformations it entails. Against this backdrop, the objective of the project is to analyse how global agro-food-energy system changes impact on the countries in the global South, namely in Africa, particularly with regard to sustainable land management, agricultural production and food security, socio-economic outcomes (such as employment and livelihoods), pressure on land and natural resources and, subsequently, the governance of the latter.
Based on extensive empirical research and spatial analysis, and by resituating this research within a multi-dimensional and multi-scale approach, the project will endeavor to 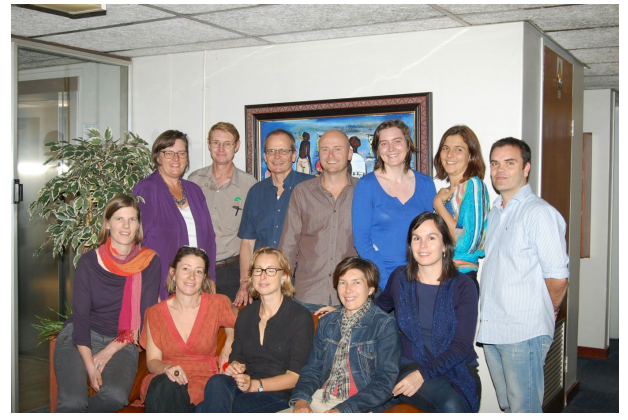 It is against the background of failing land reform projects on one hand, and the liberalization and modernization of markets resulting in the rise of supermarkets and vertically integrated value-chains in developing countries, that several innovative “Inclusive Business Models (IBM)” have been developed and implemented as solutions not only for revitalising failing land reform projects, but also to integrate smallholder and emergent farmers into commercial value-chains. Based on diverse multi-partite institutional arrangements (between smallholder/land reform beneficiaries and private sector, often also engaging Government (CPP partnerships) and sometimes civil society), IBMs occur in various forms. This includes contract farming, outgrower schemes as well as strategic partnerships, equity share schemes, corporative shareholding structures, integrated value-chain clusters, etc. As such, several innovative ways (such as RECAP’s strategic partnerships or IDC’s cluster approach and integrated value channels) have been developed to integrate small-scale farmers into commercial agricultural value chains.

It has been acknowledged that the experience of such IBMs as broader and more integrated value-chain approaches, including financial resources and linkages to downstream activities, can play an important role to ensure continuous productivity as well as market access and knowledge transfer to smallholder and emerging farms. The IBMs approach has now been recognized as a policy and planning priority; hence the need to provide guidance to the key economic players in agriculture to exploit the potential of these institutions/instruments. Nevertheless, limited research has been done into the several partnership structures and their impact on the local community. It is thus important to determine the suitability and the criteria for success of these IBMs as an institutional vehicle for linking farmers to agribusiness supply chains, and subsequently overcome the obstacles that have constrained them to develop in more sustainable commercial farming enterprises.

The overall objective of this study is to better understand the development and implications of different types of IBM for small-scale and emergent farmers and to assess their potential for poverty alleviation, job creation and market integration. Concretely, the overall aims of the study are threefold:
1) To establish an overview of the several IDM models developed and adopted across South Africa;
2) To assess the impact each of these models has in the following areas: small-holder development, employment, food security, poverty reduction and empowerment;
3) To focus on the lessons that can be learned from the experiences in the different IDM models, leading to recommendations to the different public and private stakeholders. 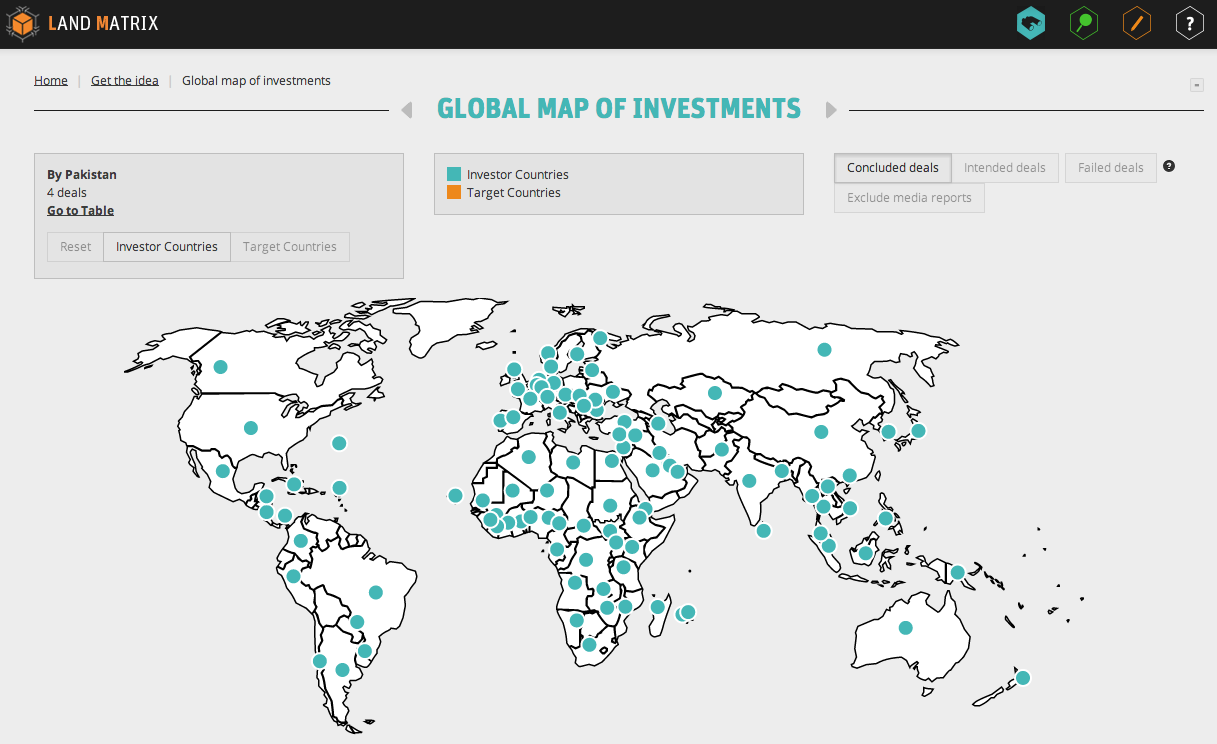 The Land Matrix Initiative (LMI) is a global and independent initiative monitoring competition over land use in the Global South. Its goal is to facilitate an open development community of citizens, researchers, policy-makers and technology specialists to promote transparency and accountability in decisions over land and investment. Through collecting data on large-scale land transactions, the LMI increases transparency to foster accountability of investors and other parties involved in large-scale land transactions. Increased transparency is necessary as large-scale land acquisitions and the associated investment projects are often surrounded by secrecy. This secrecy allows powerful actors (be they private investors, host country governments or local authorities) to enrich themselves at the expense of local populations. Case study evidence suggests that local populations are frequently not consulted and do not benefit from compensations or lease fees.

The Land Matrix Initative is a pioneering effort of global data collection and open data that relies on contributions by and serves the demands of networks of informed stakeholders, the scientific community, and the interested general public. The Land Matrix initiative has become an international innovative benchmark in terms of its open data and open development approach, database structure, web appearance, and multi-stakeholder character. The Land Matrix has received wide interest among policymakers, development practitioners, NGOs, the media, researchers and the informed public. The Land Matrix is thus a multi-stakeholder initiative with a strong technological and outreach basis.

For the University of Pretoria, The Post-Graduate School of Agriculture and Rural Development, The Department of Agricultural Economics and the Center for the Study of Governance Innovation (GovInn) will partake in this LM endeavour and will be engaged in the development of consistent data for Africa.