You are here: Home / Publications / News / In the Media / Dr. Alusala appointed as UN expert in the Democratic Republic of Congo 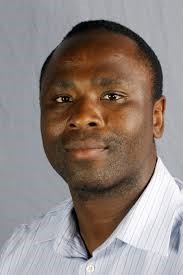 GovInn’s Senior Researcher Nelson Alusala has been appointed by the United Nations (UN) Secretary General to serve as one of the six experts mandated to monitor the UN sanctions regime in the Democratic Republic of Congo.

Dr Alusala has a PhD in Political Sciences from the University of Pretoria and a member of the Wellbeing Economy in Africa (WE-Africa Lab) Action-research Network, as well as a member of the African Borderlands Research Network (ABORNE).  His current research is on security and transboundary governance, with a focus on the impact of regulatory instruments on the governance of natural resources exploitation and the wellbeing of local communities in Africa. He is also engaged in conflict risk analysis, disarmament and the promotion of practical policy formulation and implementation.

On behalf of the members of GovInn and the University at large, we would like to extend our sincere congratulations to Dr Alusala for this prestigious appointment.

'Why Kabila’s bid to remain in power is bad news for the Democratic Republic of the Congo',…

‘Sub-contracting the public administration of water in South Africa: The...