You are here: Home / Publications / News / In the Media / Graduation of GovInn Doctoral Student Leon Mwamba from the University of...

We are happy to announce that GovInn Research Fellow, Leon Mwamba, successfully completed his studies and was awarded a PhD in Political Science from the University of Pretoria’s Department of Political Sciences. Dr Leon Mwamba received his PhD certificate at the graduation ceremony held in the AULA at the University last week Wednesday 4 September 2019. Congratulations Dr Mwamba!  Below is a summary of his thesis. 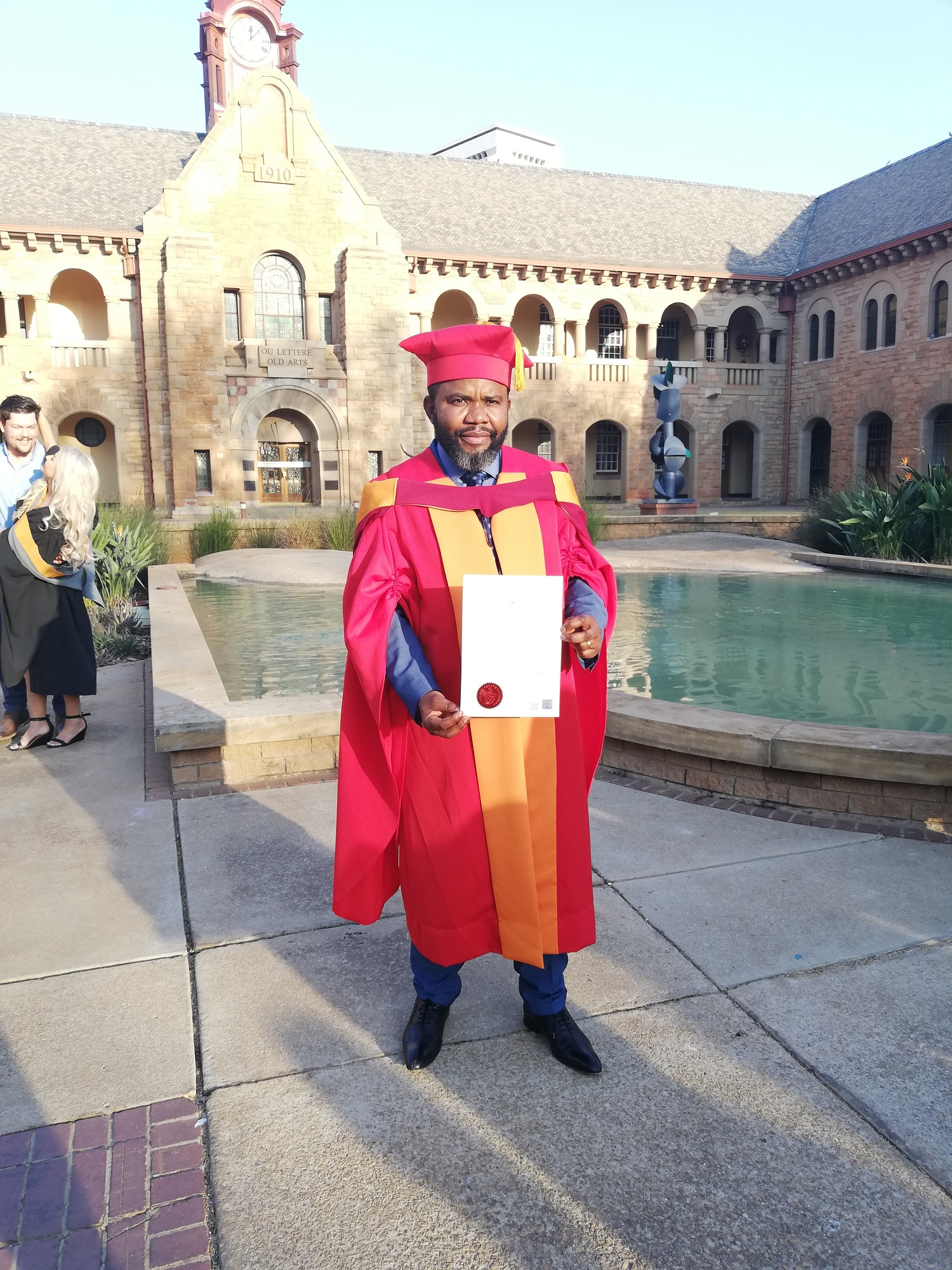 Leon Mwamba on the day of his graduation at the University of Pretoria.

In his thesis, “People-centred Approaches to Regionalism: Southern African Civil Society Networks and SADC, 1989 to 2016”, Dr Leon Mwamba developed a typology of the kinds of institutional arrangements developed by regional civil society groups while interacting within both formal and self-organised regionalisms. He revealed that regional civil society networks that form part of a dominant formal process of regionalism exhibit different strategies, norms and rules than those that emerge out of contestation in opposition to formal regionalism. Dr Leon Mwamba demonstrated that regionalism can be viewed as an unconventional socio-political phenomenon, which can also be promoted by non-state actors like Southern African civil society networks in the SADC region. This implies, if well governed, self-organised regionalisms can also function equally well as formal regionalisms that are driven by state actors and technocrats. Dr. Leon Mwamba contributed to the literature on contemporary regionalism by expanding the focus of analysis to include non-state actors.

Governance from below: The role of non-state actors in Africa
Scroll to top