You are here: Home / Publications / News / In the Media / Redistribution the only way to stop the downward spiral – Business... 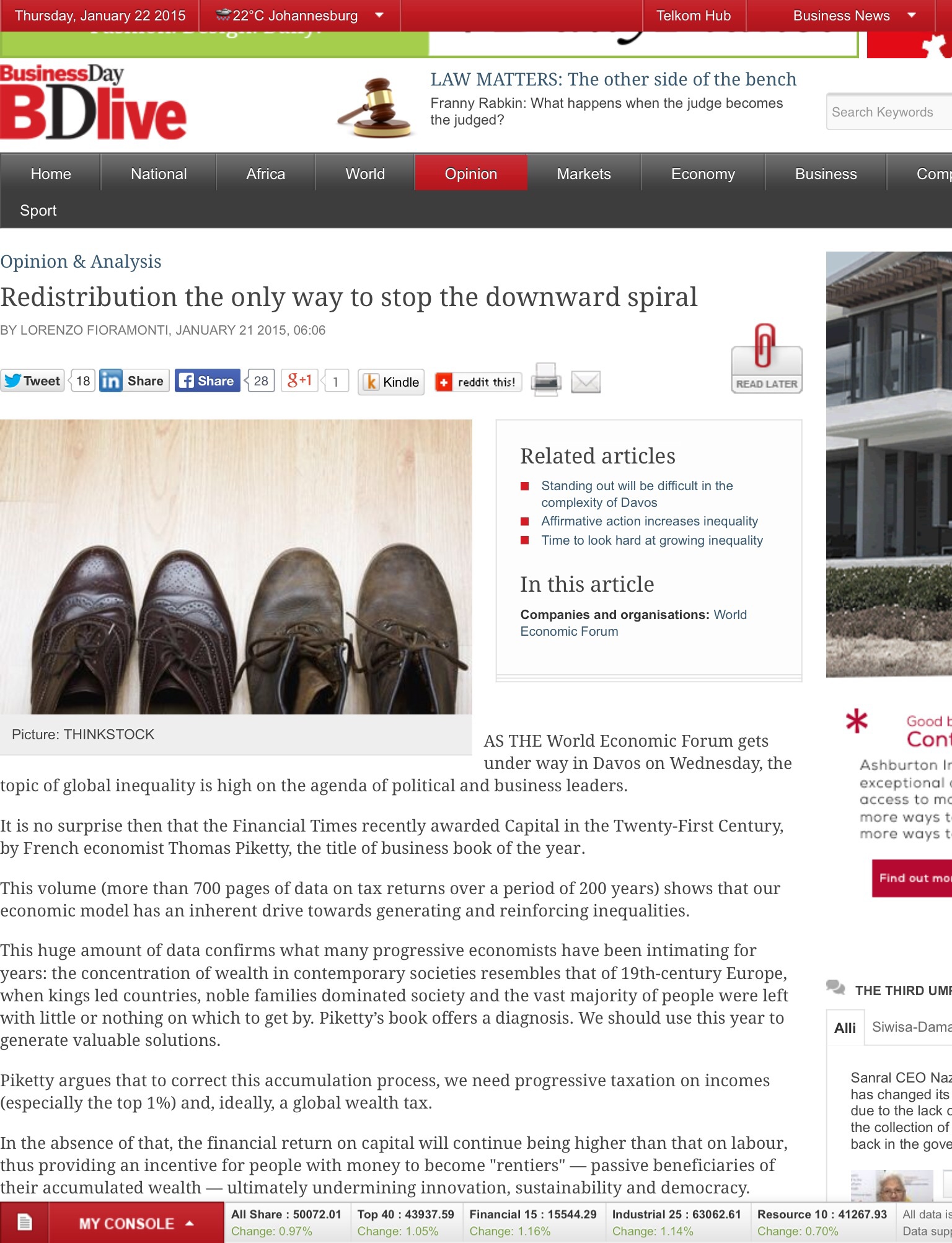 Towards an African passport?

"What next for environmentalism?"