You are here: Home / Publications / News / In the Media / SEMINAR REPORT: Africa’s development challenges are not due to a... 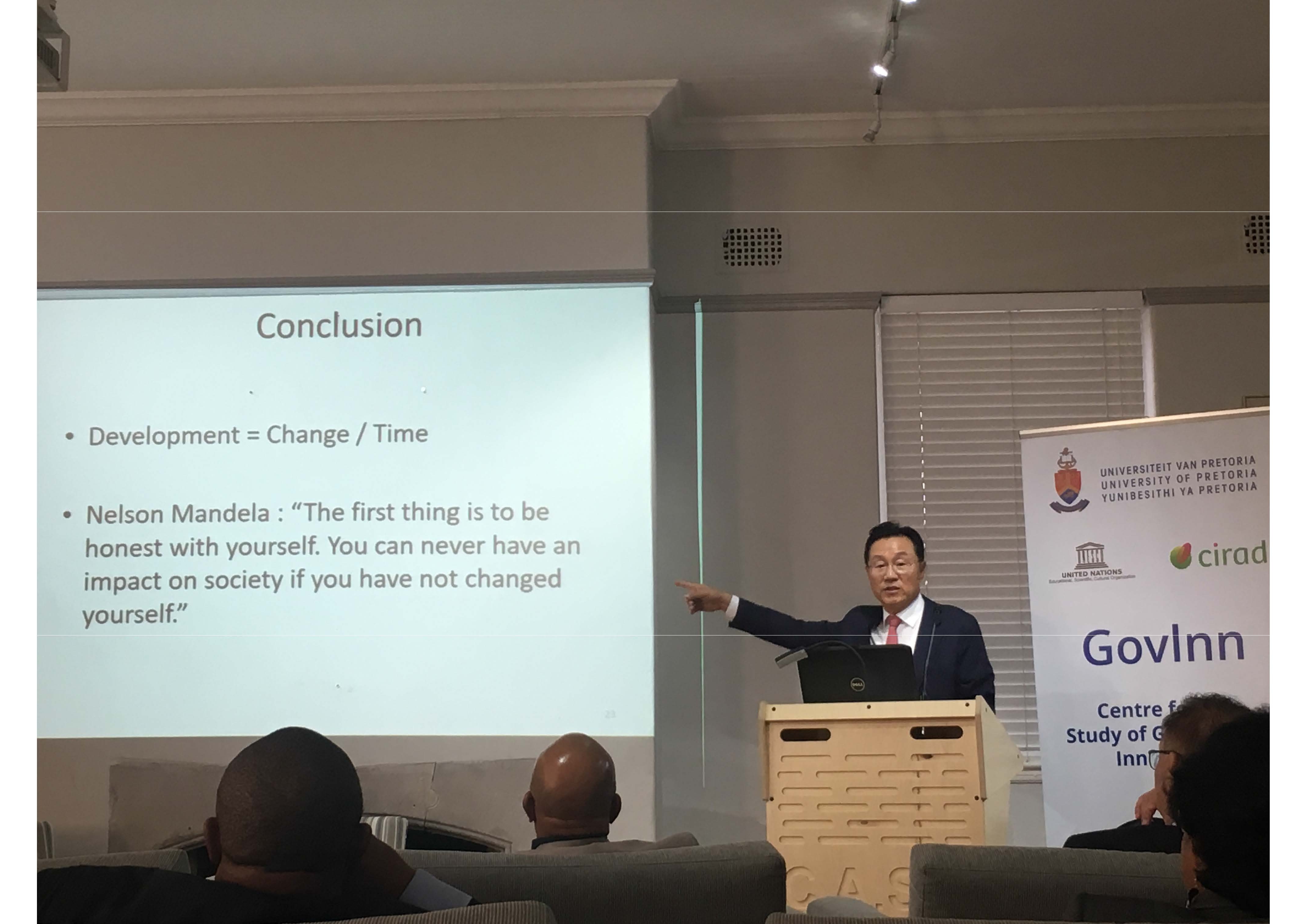 GovInn recently hosted South Korean Ambassador to South Africa, His Excellency Dr Jong-Dae Park, at a seminar on development in Africa. The seminar, held on 21st August 2019, was attended by representatives of diplomatic missions in Pretoria from various countries, university staff, students and GovInn researchers. Dean in the Faculty of Humanities at the University of Pretoria, Prof. Vasu Reddy, welcomed Dr Park whose paper, based on his recent book Re-inventing Development in Africa: Linking Africa to the Korean Development Model, focused on lessons for Africa from South Korea’s successful development model.

Dr Park challenged common explanations of underdevelopment in Africa such as colonialism, ethnicity and neopatrimonialism; drawing comparisons between Africa under European colonial rule and Korea under Japanese colonial rule. Dr Park insisted that the “psychological yoke”, under which it is believed Africa is incapable to progress and inevitably destined to remain underdeveloped, be broken. In order to achieve transformation, African countries need a strong sense of nation, prominent and proactive governments committed to development and development-mindedness of the people. According to Dr Park, “Such radical transformation could be achieved only if the whole nation, acquires development minded focus, supported by the active role of the state. What makes 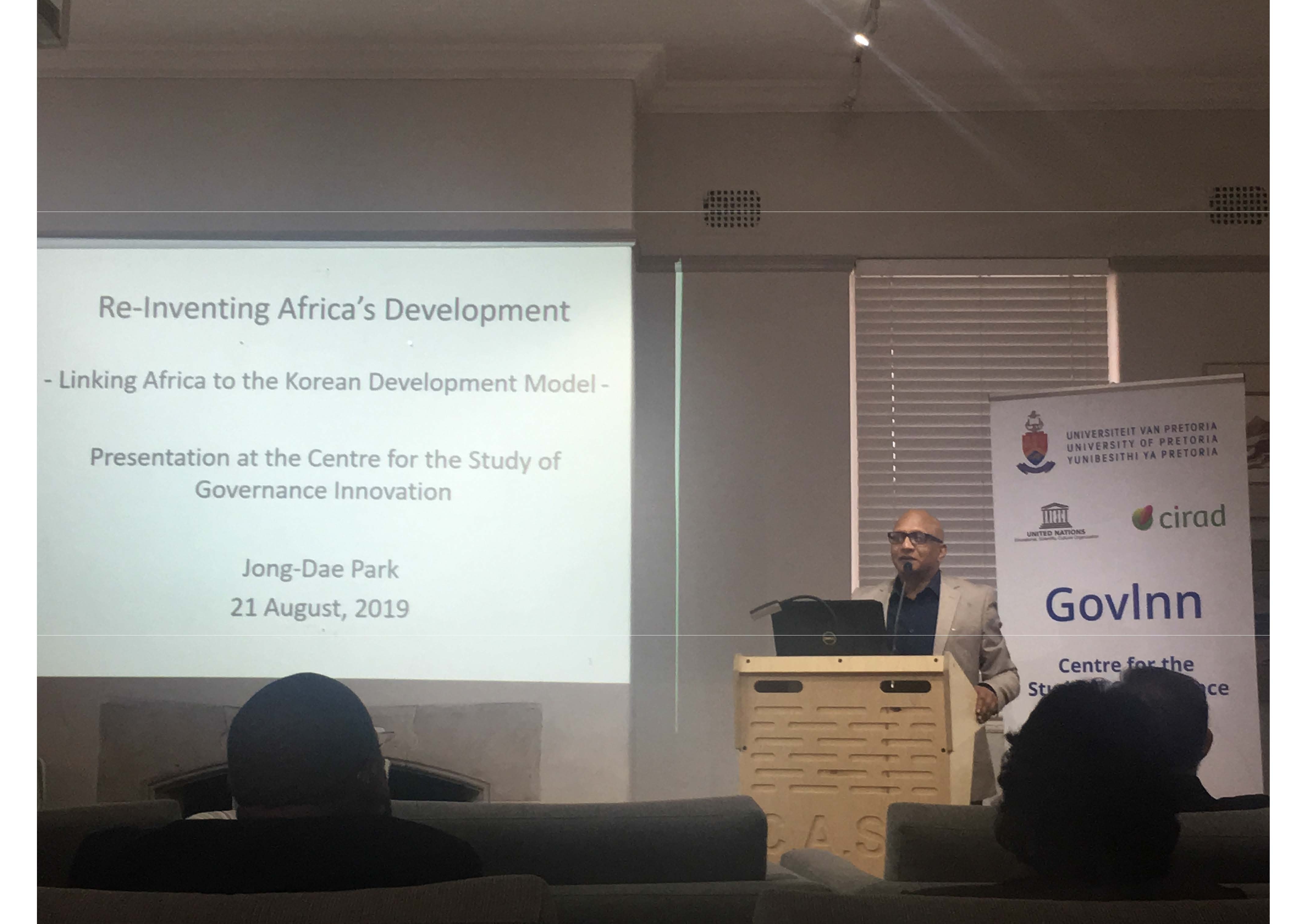 institutions work are the actions of people who uphold them”. The successes of the Korean economic and developmental model, according to Dr Park was based on ”four cornerstones” including, land reform, empowerment of the people, educational reform and governmental reform. Additionally, the Korean development model was founded on a strong development mind-set in the name of “attaining better life and modernization of the nation” and by an egalitarian spirit instilled in the people. For Africa, Dr Park recommended initiatives focused on four areas (a) macroeconomic stability; (b) effective industrialization; (c) human capacity development; and (d) reinvigoration of the market mechanism (economic principles having precedence over political considerations).

Photo by Good Free Photos on Unsplash #FoodTalks SEMINAR: Student hunger and achieving the right to food for all,...
Scroll to top