You are here: Home / brics

On the BRICS of Collapse? Why Emerging Economies Need a Different Development Model (DEMOS/Rockefeller Foundation, December 2013) Author: Centre for the Study of Governance Innovation 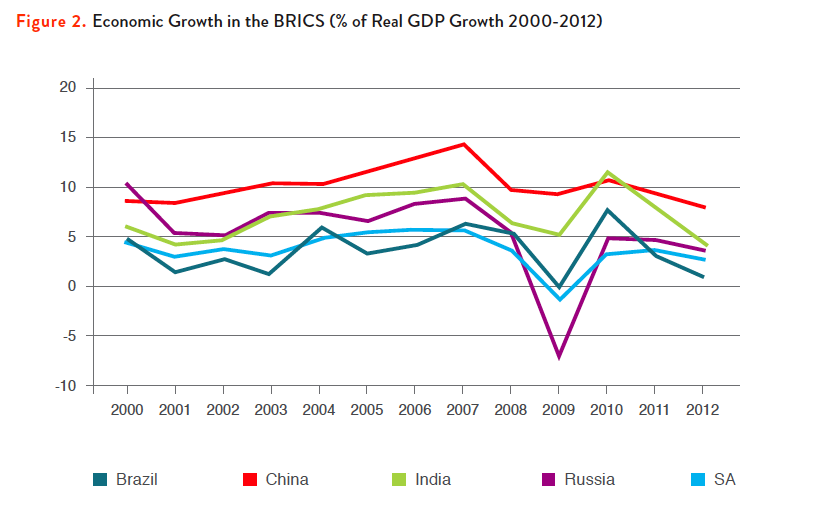 Since the turn of the millennium, the world’s attention has focused on the role of emerging economies and their impact on the global economy. Brazil, Russia, India, China and South Africa, the so-called BRICS, have been described as a source of profound change. In particular, the 2008 financial collapse, which left the BRICS largely unscathed, seemed to confirm that a new phase was beginning. Yet, when one analyzes key social, economic and environmental trends in these countries, it becomes clear that the development model adopted by the BRICS is not sustainable. These emerging economies have pursued economic growth with little or no investment in human, social and natural capital. This has created profound imbalances and instabilities, which are further exacerbated by the current decline in GDP growth. For more info see: http://www.demos.org/sites/default/files/publications/BRICS.pdf