On July 20-21, scholars from every corner of Africa assembled at GovInn HQ for a workshop entitled “Broadening the Debate on EU-Africa Relations”. The aim of this ESA-SSA workshop was to advance perspectives on EU-Africa relations from Africa and the African diaspora. Scholars had an opportunity to scrutinise underexplored dimensions of the relationship as well as provide new insights into more established elements of the partnership. At the same time, the workshop represented a first effort at redressing the imbalance in scholarship on EU-Africa relations, which has hitherto been dominated by writing from Europe. Most importantly, new friendships were made and commitments to further collaborative research solidified. Stay tuned for more workshops to come! 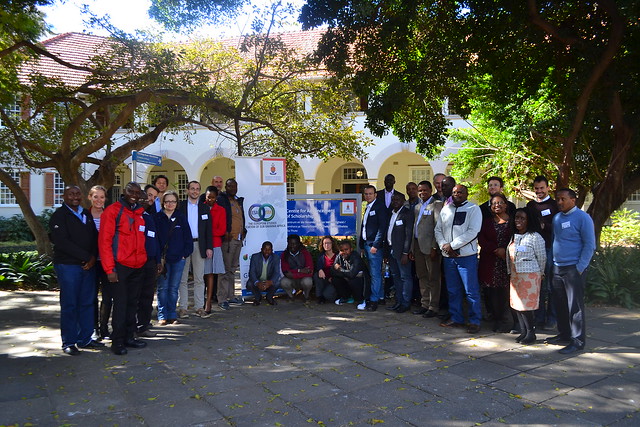 On 6 July 2017 the Centre for the Study of Governance Innovation (GovInn) in collaboration with the Department of Political Sciences at the University of Pretoria (UP), the Department of International Relations at the University of the Witwatersrand (WITS) and the South African Institute for International Affairs (SAIIA) hosted a roundtable discussion for the launch of the book “South African Foreign Policy: Identities, intentions, and directions” edited by David R. Black and David J. Hornsby. The book explores South Africa’s post-apartheid foreign policy aiming to deepen the understanding of South Africa’s evolving foreign policy via analysis of its bilateral relationships with key global actors in both the “global south” and “north”. The roundtable featured contributors to the book and Associate Professor Hornsby in attendance and was moderated by UP department of Political Sciences own Ms Sithembile Mbete. A strong contingent of diplomatic corps and ministry staffers filled the venue to capacity despite the University being in winter recess with low student attendance and fruitful discussion ensued preempting refreshments. On behalf of our partners GovInn would like to thank all in attendance for making this book launch a success. 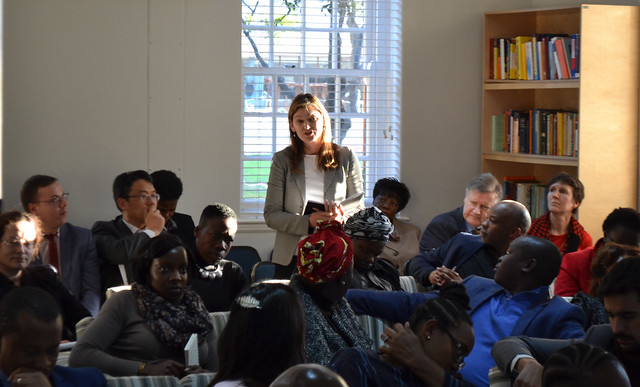 South Africa is experiencing a period of political and economic turmoil that has consequences for the country’s focus and consistency in its international relations, including with respect to the EU.

Join the The European Studies Association of Sub-Saharan Africa. Govinn’s Senior Researcher John Kotsopoulos published the article ‘Can the relationship between Europe and Africa stand the test of time?‘ in The Conversation.

Controversially, the agreement served to perpetuate African dependency on Europe. Even the Lome Convention’s much touted “non-reciprocal” principle, which was supposed to nurture African industries, further attached them to Europe. The convention eventually met strong criticism as a system of “collective clientelism”, which was perpetuating dependency and “elite capture” in Africa. This contradictory relationship between dependency and progressive thinking has made Africans understandably circumspect. The Centre for the Study of Governance Innovation (GovInn) and the Department of Political Sciences (University of Pretoria) held a public lecture on Wednesday, 15 February 2017 entitled “Donald Trump: Aggravator or Catalyst in EU Crises”. The lecture was presented by visiting scholar Dr Wolfgang Seibel from the University of Konstanz, Germany. The event was well attended by a variety of scholars and practitioners including members of the diplomatic corps, government and the Department of International Relations and Cooperation (DIRCO), and boasted a strong showing by students from the Department of Political Sciences eager to engage with a highly topical subject matter.

A transcript of Dr Seibel’s lecture is available below.