You are here: Home / Publications / Papers / The Quiet Rise of Medium-Scale Farms in Malawi 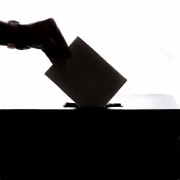 "What to expect from Malawi’s sixth poll since one-party rule ended" by Dr Chris Nshimbi, The Conversation

Robin Bourgeois at GFAR Webinar 'Beyond decision making: Foresight as a process for improving attitude towards change',…

"Gross Domestic Problem" wins UP Book of the Year Award

‘Brexit opportunity for Britain to find the courage to change’,...

Beitbridge Protests: Unrest due to Regional Disintegration
Scroll to top