You are here: Home / Publications / News / Voices from Outside: Re-shaping International Relations Theory and Practice... 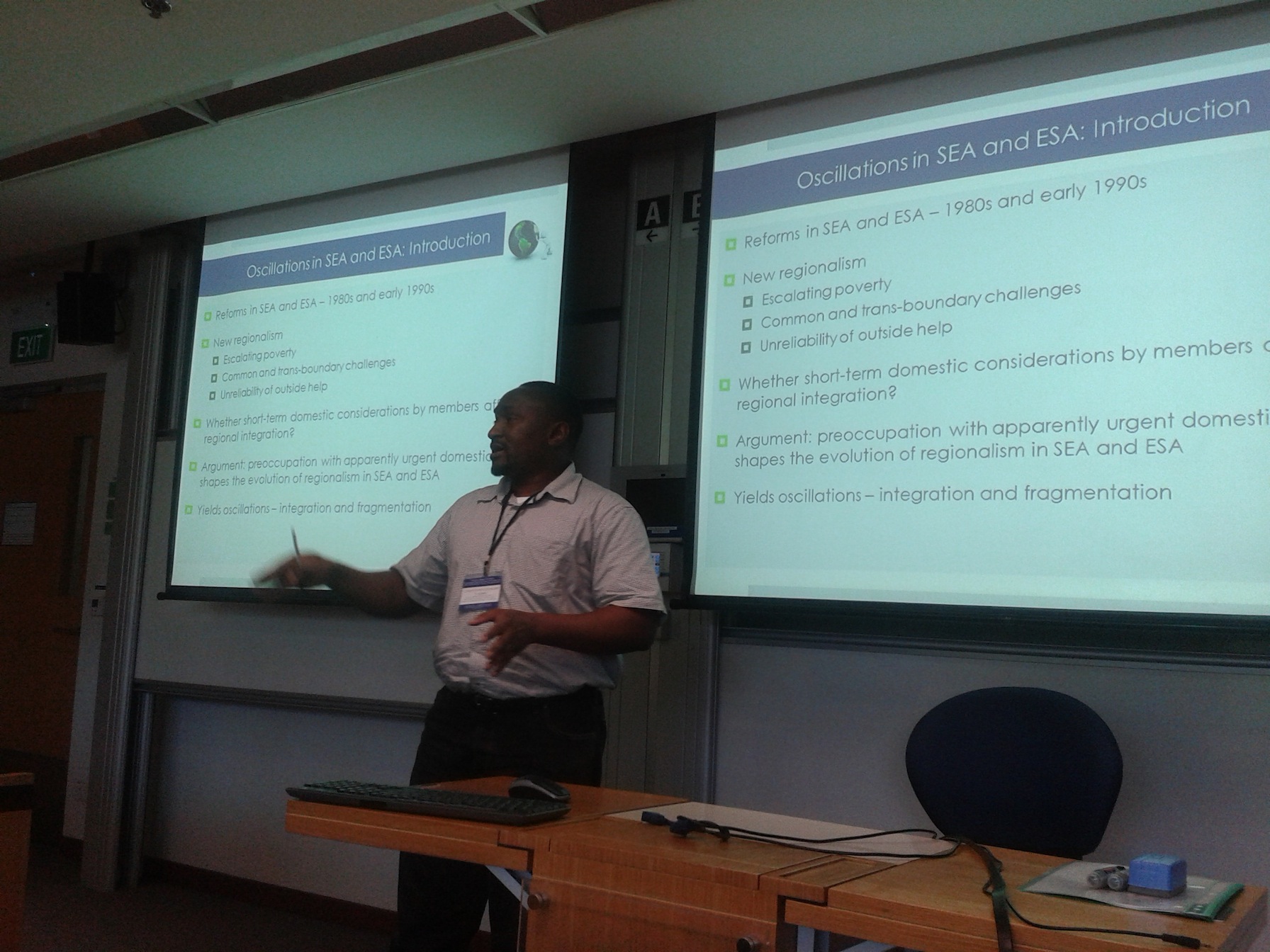 At the International Studies Association’s Global South Caucus Conference in Singapore I presented two papers (titles and abstracts below) and chaired a session on “Foreign Investment, Transnational Corporations and Civil Society.”
The theme was “Voices from Outside: Re-shaping International Relations Theory and Practice in an era of Global Transformation.”
It provided a great chance for sharing some of GovInn’s ongoing research and findings from that research with international scholars from the global south. It also provided a wonderful opportunity for the exchange of ideas, networking and establishment of new relationship.
The caucus developed the theme “in view of the mutuality of interest between the caucus and ISA’s
first president from the global south, Professor Amitav Acharya.

Recognizing that international relations research and scholarship is deficient with respect to the inclusion of perspectives from the south, the caucus aims, through conferences such as these, to pioneer the integration of marginalized voices into “mainstream” scholarship.”

I contributed to the conference with two papers:

Abstract: This paper discusses the threat to sideline some actors from the activities that characterize globalization in the contemporary global political economy, in an attempt to definite marginalization. The absence of a definition and literature conceptualizing marginalization motivates this study. To meet its objectives, the paper addresses the question:

How does globalization threaten to marginalize some actors from the global economy?

The paper reviews existing literature on marginalization across disciplines and that literature which employs the term without defining it. The review outlines factors that characterize marginalization and, with the help of conventional regional economic integration theory, examines regional integration among strategies that those threatened with marginalization collectively use to avert the threat. The paper presents marginalization as a condition or process where some areas and actors in the global political economy participate less in and are being pushed to the margins of globalization and corresponding activities. Marginalization emerges as a governance issue where those so threatened engage the global political economy to mediate and negotiate activities on their own behalf, especially when purported global institutions fail them. Moreover, all areas and populations in the world are, without exception, susceptible to marginalization.

The question is addressed by examining the evolution of regionalism in Southeast Asia and eastern and southern Africa. The IPE theory, realism, provides the core lens for viewing the evolution. A comprehensive outlook incorporating other IPE, historical, and sociocultural approaches is concurrently adopted and the examination conducted at international, state, and grassroots levels. Colonialism, independence, policy reforms, crises and grassroots cross-border interactions affect regionalism. A notable phenomenon is also revealed: if integration represented the opposite of fragmentation, then the evolutionary behavior of, respectively, Asian and African regionalism is comparable to an oscillating pendulum. Members are sometimes keen on regionalism but withdraw at other times. Regional states should turn from claiming state sovereignty against regional goals. Regionalism would also flourish if regional leaders focused less on consolidating domestic power. Authorities should encourage grassroots cross-border activities to promote bottom-up integration.

Chris Nshimbi with other participants to the ISA Singapore conference 2015

Towards an African passport?