You are here: Home / Publications / News / In the Media / “What to expect from Malawi’s sixth poll since one-party rule ended” b... 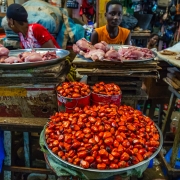 Photo by Eva Blue on Unsplash Building Regions from Below

Photo by Eva Blue on Unsplash "Hustle: A case for informal enterprise in the African Continental Free Trade Area", Afronomics Law, 2 May…

Photo by Eva Blue on Unsplash African Voices from the Ground