There is a growing awareness of the failure of the ‘global transitional justice project’1 and, more broadly, the ‘liberal peace’2 in post-conflict contexts in the global South. This failure has led to a renewed – or perhaps new – interest in indigenous approaches to peace and conflict resolution. Although this is not the framing that Hamdesa Tuso and Maureen Flaherty prioritise in Creating the Third Force, it is an important part of the context from which this edited volume emerges.

Rather than focusing on the transitional justice and liberal peacebuilding debate, the editors position this book within the emerging openness towards indigenous knowledge systems. They see the origins of this in the historical emergence of cultural relativism, an acceptance of a diversity of people holding legitimate belief systems outside of Christianity, and a growing interest in ‘traditional’ knowledge

'A comparison of the reconciliation barometers in South Africa and Rwanda', New book chapter by Cori Wielenga 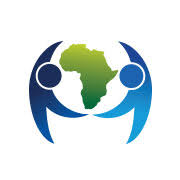 'What is "the Local"? Exploring grassroots justice systems as a means of understanding the local', by Cori…