You are here: Home / Publications / News / In the Media / Creative ideas on migration will open the doors to growth -Business Day... 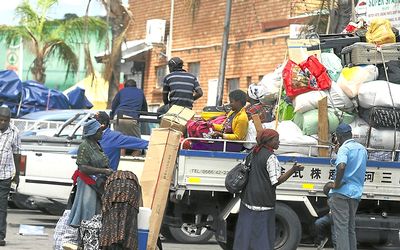 “South Africa is the destination of many workers from the rest of Africa and from the rest of the world. We know that about 7% of SA’s workforce is foreign. More than 38% of workers in gold mines are non-South African citizens and more than 22% of mine workers in all sectors hail from Botswana, Lesotho, Swaziland and Mozambique.

Data are sketchy and grossly underestimate the phenomenon. Many migrants are employed in informal positions, with precarious jobs, both in terms of safety and social security. Most undocumented migrant workers are poorly captured by official statistics. By all means, migrant workers are a fundamental factor in SA’s economic development. But how supportive and reliable is the present administrative and legislative framework?

What we need is a simple and clear framework to allow citizens of neighbouring countries to seek work and business opportunities in SA. We may even want to consider experimenting with free movement, for instance, within the Southern African Customs Union. In the European Union (EU), where free movement is a reality, most people have not relocated to other countries. As they benefit from clear arrangements that allow them to return regularly to their home country, they need not relocate permanently.”

In his regular column on Business Day, Lorenzo Fioramonti discusses how South Africa could transform its position of African immigration hub into an economic opportunity.

“The state of Ubuntu in South Africa: driver of change or buzzword?” 23 Nov 2015

Governance of the Commons

"The Future of Democracy in Europe and Africa"