You are here: Home / About Us / Junior researchers / Koen Dekeyser

Koen Dekeyser joined GovInn as a Research Fellow in 2015. His work is focused on food governance and food systems. Currently, Koen is employed at the European Centre for Development Policy Management in Maastricht. 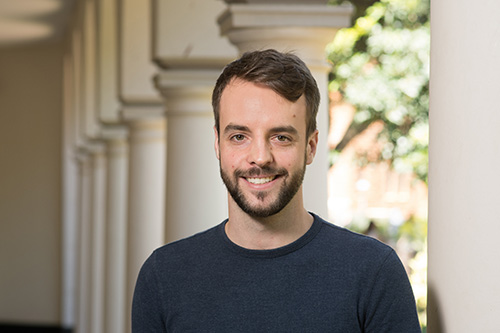 He studied International Relations at Marmara University in Turkey and collaborated with the Natural and Agricultural Faculty of the University of Pretoria. Previously, Koen was engaged in the 7th framework EU research project Veg-i-Trade, which focused on climate change and globalisation in international agricultural trade. His contribution concerned the food sovereignty of peasant producers in Limpopo and Mpumalanga province, South Africa. Being born in Belgium, Koen has lived in Turkey, South Africa, Denmark, and Indonesia.

Koen pursued his PhD in Political Sciences at the University of Pretoria supervised by Prof. Lorenzo Fioramonti and Prof. Lise Korsten. His research project was in collaboration with the Belmont funded AFGROLAND on Global Agro-Food-Energy System Changes. After extensive field research in Kenya and Mozambique, he was a visiting researcher at the University of Western Cape and Aarhus University. In 2017, Koen became a researcher at the DST-NRF Centre of Excellence in Food Security and a Post-doctoral research fellow between January-April 2019. He currently lives in the Netherlands.