You are here: Home / Publications / News / In the Media / ‘Rwanda & South Africa: a long road from truth to reconciliation’...

Rwanda took a different path. It focused on establishing individual perpetrators’ accountability for genocide crimes. Many were unsettled by this rigorous quest. There were calls for Rwanda to mimic South Africa and take the route of amnesty in exchange for truth. That would have assumed the wounds of the violent massacre of possibly a million people in three months were identical to the wounds of apartheid. I don’t want to suggest for a moment that wounds left by Rwanda’s genocide were harder to heal than those left by apartheid. But it’s critical to understand that they left behind different kinds of devastations.

'Managing or governing water resources? Real-time model and the management of the scarcity on the Crocodile River… 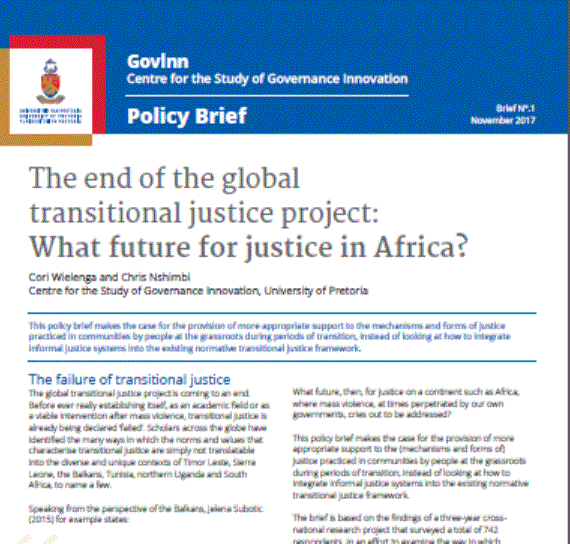 VIDEO: The Dark Side of GDP and Why It Matters for Africa's Future

‘Can the relationship between Europe and Africa stand the test of time?’,...