You are here: Home / atlantic future

ATLANTIC FUTURE second plenary meeting took place at FUNDAÇAO GETÚLIO VARGAS, in Rio de Janeiro, Brazil, from 22 to 24 October 2014. The three day event provided an opportunity for the Consortium to meet and discuss the results of the research, review the progress of the Project and to discuss next steps. Researchers Frank Mattheis and John Kotsopoulos represented GovInn at the Symposium. 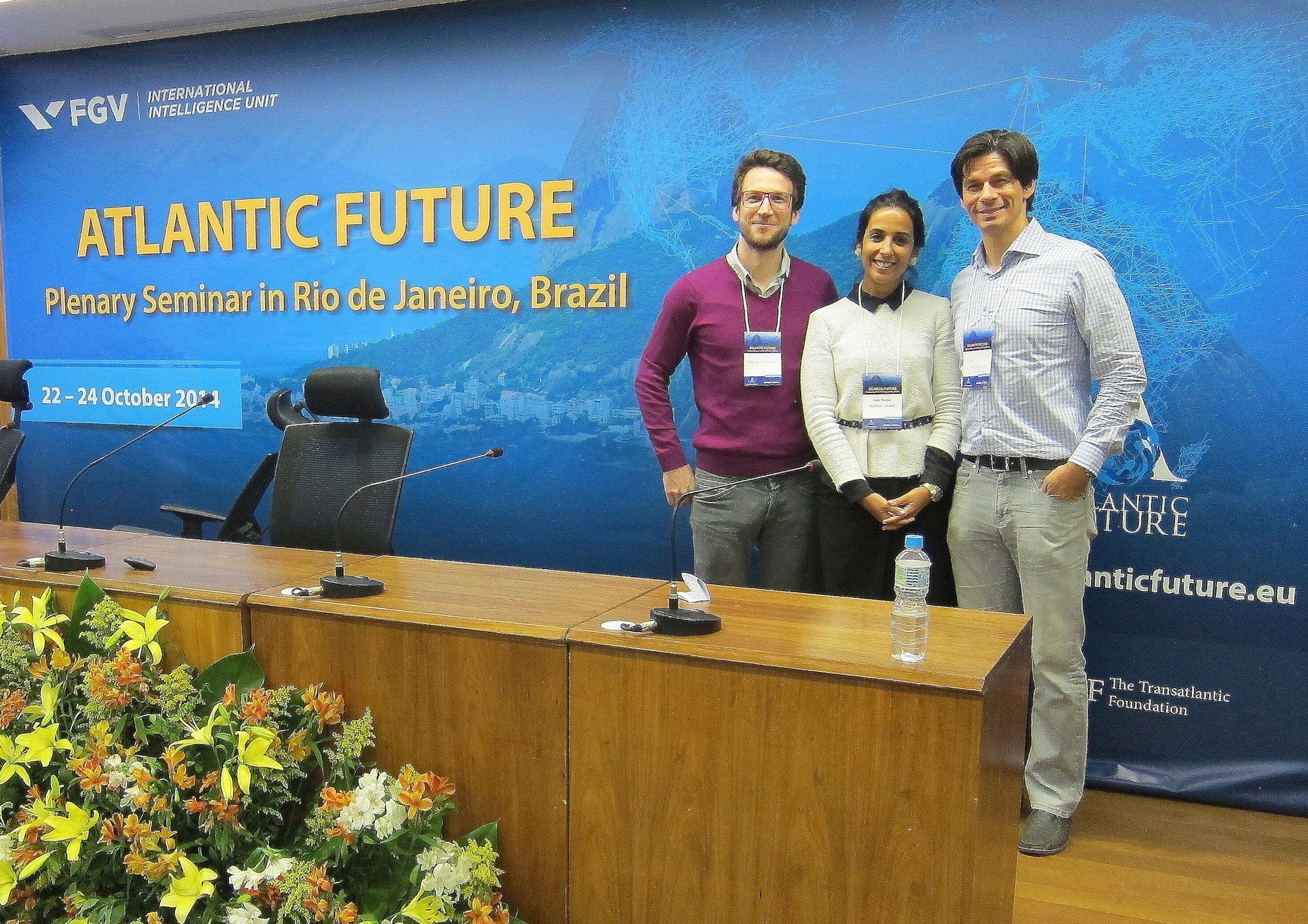 If you missed it, re-live the meeting “Security in the Atlantic Space” on youtube:

The Atlantic can be considered the cradle of modern globalisation, a space where links between peoples, nations and economies started first to transcend their regional contexts on a large scale. As globalisation enters a new phase characterised by the rise of developing economies, and as global challenges such as the economic crisis, food security, climate change, energy scarcity and security in the high seas become more urgent, the states and regions around the Atlantic look at their counterparts across the ocean with renewed interest.
ATLANTIC FUTURE, is a research project designed to map the transformation of the Atlantic, bringing together data-based evidence and a plurality of perspectives from across the Atlantic rim.

The conceptualisation and characterisation of an ‘Atlantic area’ within broader international relations is a starting task for the project. Identifying the drivers for, and obstacles to, cooperation, competition and conflict; mapping the new trends and projecting them into future scenarios and identifying opportunity for sustainable growth and for jointly addressing common challenges are equally important objectives of a collaborative research that will bring together first-class research institutions from the Atlantic.

During the GovInn Week 2014, the researchers gathered for the ATLANTIC FUTURE workshop, took part in a working lunch with postgraduate students from the University of Pretoria.

Thirty six prominent students (‘UP Young Innovators’) from a variety of different disciplines such as political science, engineering and the natural sciences, were selected to participate to the event that to place on 7 June 2014. During thelunch, the students had the opportunity to discuss some of the key themes of the ATLANTIC FUTURE such as security, the environment, institutional cooperation and migration, among others, with Project’s senior researchers R. Andreas Kraemer (Ecologic Institute), Camila Pastor (CIDE), Inês Sousa (FGV), and Madeleine Goerg (GMF). More on the ATLANTIC FUTURE website