You are here: Home / About Us / Senior researchers / Thinah Moyo

Thinah Moyo is an Agricultural Economist with expertise in statistical packages for social scientists, who became part of the GovInn team in 2015. 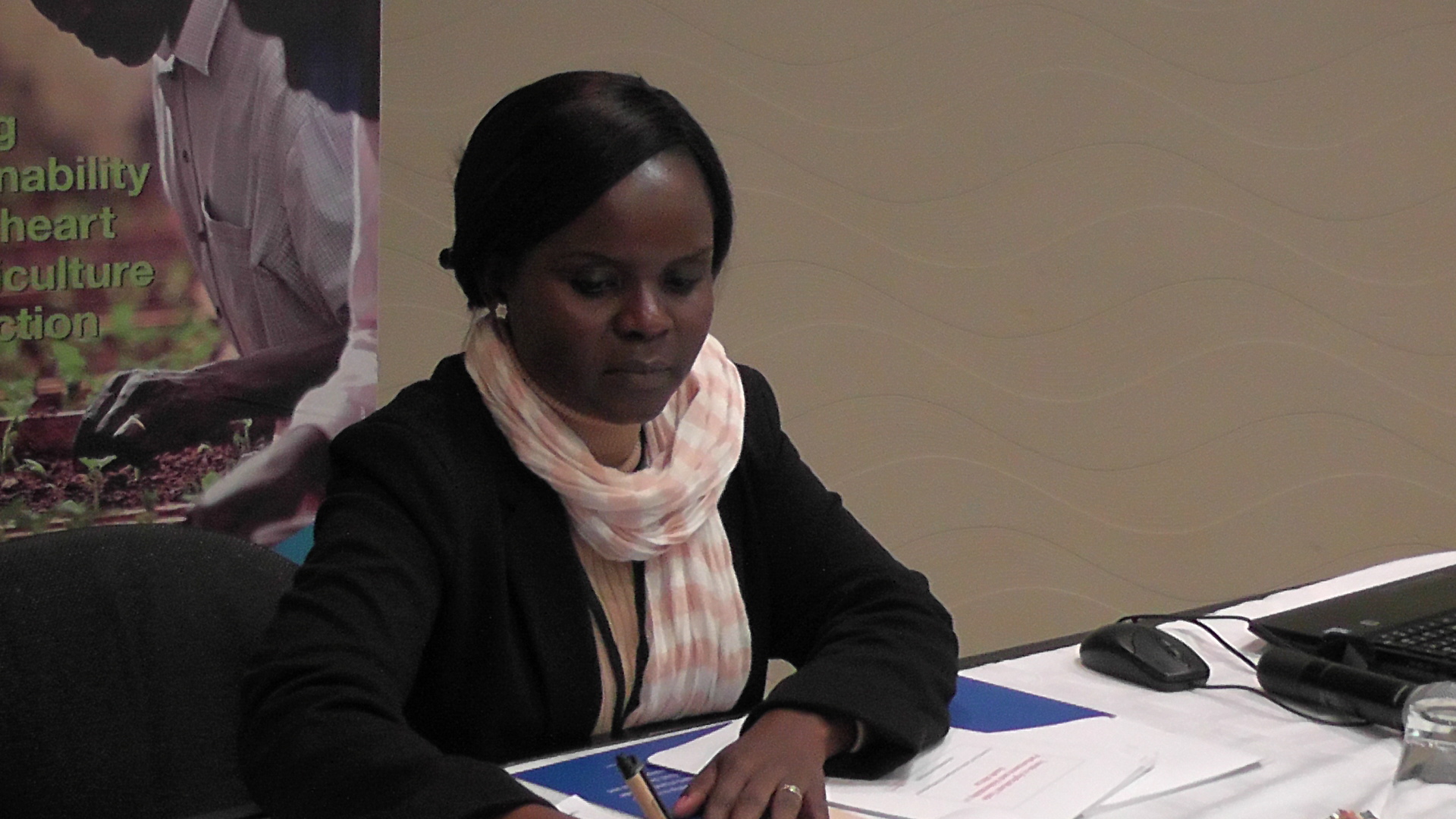 Her work is driven by an interest in collection, collation, analysis and dissemination of empirical evidence on rural livelihoods, smallholder farmer market participation, food security and nutrition, poverty alleviation, and the impact of HIV/AIDS on livelihoods, aimed at improving the quality of life of smallholder resource-poor farm families.

She participated in the following projects; a WK Kellogg Foundation project, an Agricultural and Rural Finance project in collaboration with the Centre for Inclusive Banking in Africa (CIBA), Strengthening Capacity for Strategic Agricultural Policy and Investment Planning and Implementation in the SADC Region within the Regional Strategic and Knowledge Support System for Southern Africa (ReSAKSS-SA) (country and regional reports for 2011-2016), a Water Research Commission (WRC) funded project on Water use productivity associated with appropriate entrepreneurial development paths in the transition from homestead food gardening to smallholder irrigation crop farming in the Limpopo Province, and an assessment of the impact of the Comprehensive Agricultural Support Programme (CASP) on the livelihoods of the rural poor in the nine provinces of South Africa.

In 2002 to 2007, she was a Scientific Researcher at the International Crop Research Institute of the Semi-Arid Tropics (ICRISAT). At ICRISAT, she was part of research teams for the following projects; Strengthening livestock market flows and feeding practices for improved livelihoods in southern Zimbabwe under the Desert Margins programme, Mitigating HIV/AIDS impacts on vulnerable groups through improved food production, nutrition and increased incomes of vulnerable groups, Junior Farmer Field Schools in Zimbabwe, Enhancing groundnut production for improved nutrition and poverty alleviation, Challenge programme on Water and Food (CPWF) on the Limpopo river basin.

Thinah holds a PhD in Agricultural Economics from the University of Pretoria. For GovInn, she is a Research Associate based at the Namibia University of Science and Technology (NUST), where she is a Senior Lecturer and Coordinator of the Master of Agribusiness Management program.