You are here: Home / Publications / News / In the Media / ‘Why policymaking in South Africa has become more adversarial’,... 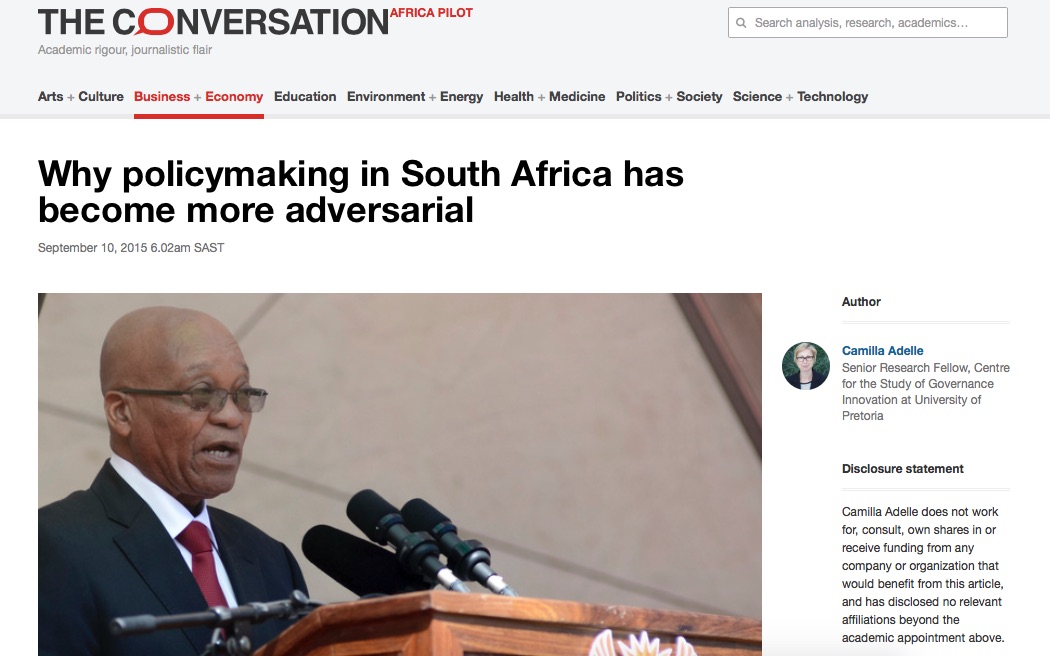 In an article for The Conversation, GovInn Senior Researcher Camilla Adelle discusses the problems that are emerging in South Africa’s public policy making arena, and the responsibility of the South African government to implement inclusive policy-making instruments to ensure public acceptance and effective implementation.

Adversarial policymaking in South Africa is increasingly playing itself out in the media and the courts.

In May 2014, new immigration legislation, which has been widely contested for its potential negative impact on tourism, came into force. The electronic tolling of the highways between Johannesburg, the financial capital, and Pretoria, the seat of government, has been so widely resisted by drivers that government was forced to cut the tariff by half.

Now, the City of Cape Town has taken the South African National Roads Agency Limited (Sanral) to court for its allegedly unlawful decision to toll 180km of a highway in the Western Cape.

Read more at The Conversation.